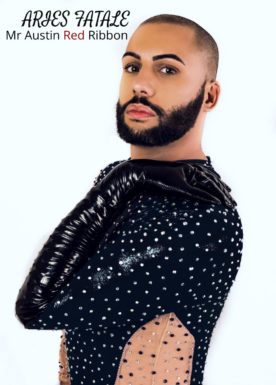 Drag has many words to describe it because of the enormity of this type of entertainment. And the words used most are pageantry and majesty.

Don’t believe it? Ask Aries Fatale, co-creator of “Fascination” presented by Haus of Fatale, which is a benefit drag show for the Highland Lakes Equality Center.

During one of the planning meetings recently, Aries couldn’t keep his excitement regarding the look of “Fascination” to himself. He noted everything will be even more impressive than what was presented at “What A Drag” in September.

“We have surprises,” he said. “The costumes compared to what we did in September — I can’t tell you much or it won’t be a secret.”

Aries thoroughly enjoys the glamour that comes with drag. That’s why it’s not unusual for him or Luiz Fatale to spend hours perfectly applying beads, stones and other pieces to their costumes. As they’ve become more involved in the drag industry and watched inexperienced entertainers perform, Aries has noticed they haven’t shown the attention to detail for their costumes.

“People love it and appreciate it,” he said of the extra work he puts into his costumes. “That’s lost.”

Then there’s another type of drag — drag entity, which also is part of “Fascination” thanks to Paradox Rei.

Paradox Rei, who identifies as non-binary, will use heavy makeup, wigs and other props for a look to help set a tone. It’s not unusual for them to use everyday items as part of the overall costume.

The entertainers are especially looking forward to performing at the Hill Country Community Theatre, the center of live entertainment in the Highland Lakes. The theatre has been in existence for decades and has given performers of all types — actors, singers, musicians and comedians — a place to show their talents and feel the appreciation from the audience.

This will mark the first time many “Fascination” performers will flaunt their talents in a facility of this magnitude. That prestige has motivated each entertainer to add more elements to their sets.

“We’re going to be really extra with it,” Aries said. “The visuals and costumes of the show, at the theatre, we have more room now. There’s going to be a lot of surprises.”

And Aries wisely stopped there, noting how tempted he was to divulge more. But he also knew there has to be audience anticipation and surprises. So he eagerly invites everyone to meet him at the theatre March 14.

What isn’t a secret is that attendees are in for a night they won’t soon forget, Aries said.

“Y’all thought you had seen a show in September,” he said. “This time the show (“Fascination”) will be so crazy.” 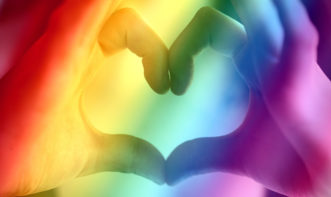