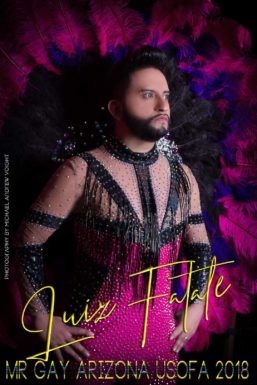 Sitting in a corner, Luiz Fatale could hardly contain his excitement and anticipation for the “Fascination” drag show presented by Haus of Fatale benefiting the Highland Lakes Equality Center.

“The performers are getting their costumes, everybody is excited,” he said with a grin. “Aries (Fatale) already got his costume, I’m getting mine.”

Luiz and Aries Fatale are producing and performing in this show, their second in the Highland Lakes on the heels of the highly successful “What A Drag!” in September.

The two have been performing for several years with reputations for being outstanding entertainers, who are constantly looking to improve in all facets of the genre: better dancing, better at engaging with the crowd, and continuing to build strong relationships in the industry. The two bring their best every time they’re on stage, and that explains the following they have with audience members and other drag performers.

That’s why when the two announced “Fascination,” performers from everywhere wanted to be apart of it. To ensure fairness, they conducted a drawing of names they showed live on a social media platform.

While the pair have been busy working and performing, they also experienced a loss — drag performer Kristian Dior passed away a few months ago. Luiz noted the special bond he shared with Dior.

“He actually was the performer who got me started and on stage for the first time,” he said. “That was such a special moment. Kristian did a lot of charity work. That pushed me to continue his legacy. He always taught me to be a strong person and keep going, no matter what.”

He saw Dior five years ago before he was rushed to a hospital because of a heart condition. Luiz’s stay in the hospital allowed him to examine his life and what he wanted to change. He also vowed to enter drag entertainment once he was healthy again.

After he checked out, Luiz found Dior and gave him a plea.

“This was the first time he heard from me,” Luiz said. “He said, ‘I’m willing to help you out with what you need.’ He saw this boy out of nowhere who got the courage to step on stage. Ever since he saw me, I kept going. I wanted to keep performing. He was willing to help me out with that. He saw that drive.”

The month of March marks five years in drag entertainment for Luiz. One of the last messages he received from Dior was encouragement to keep entertaining and to continue to perform in benefit shows.

“‘You’re learning and you’re doing an amazing job,'” Luiz recalled reading. “‘Keep up the great work. You’re doing it right.’ Those words he told me will keep me going.” 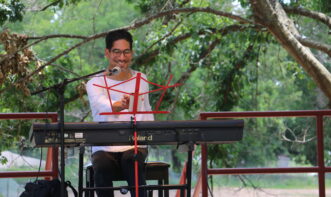