On the other side of pain and discrimination is true friendship, support and love

Home > LGBTQ News > On the other side of pain and discrimination is true friendship, support and love 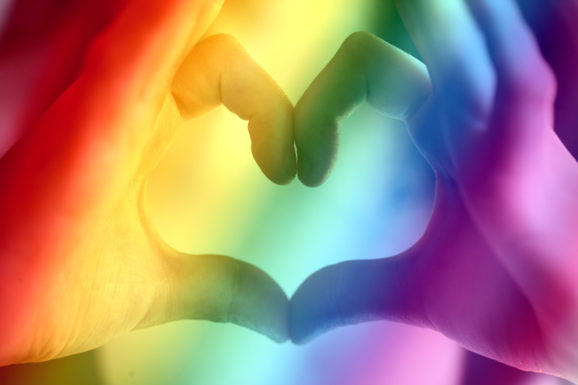 On the other side of pain and discrimination is true friendship, support and love

What an interesting week it has been for the Highland Lakes and the LGBTQ community.

The Highland Lakes region finished three days of important events last weekend regarding social injustices in the African-American community. On top of that were two pieces of national news affecting the LGBTQ community, including the Supreme Court’s ruling Monday that gives LGBTQ members employee protections.

I attended two regional events, the Black Lives Matter rally and “Race and Racism: A Conversation,” both in Marble Falls. What resonated most in me was surprise: by the people who told of experiencing bigotry because not all of them are black, the end of volunteer opportunities because of their skin color, and relatives who talked of a law and court system that is simply unfair when it comes to punishments for the same crimes.

And while those stories will stay with me, the one I want to share with you came from a social media post from one of our own members. He wrote about speaking to an attendee of one of the events who said that his Christianity makes it OK to discriminate against the LGBTQ community. And our member confessed that it hurt his feelings. After reading his post, it hurt me, too, because I could feel his pain: of rejection, of feeling less than, of feeling like a second-class citizen.

Hours earlier, news broke that transgender health protections were being reversed, effective in August, which means “sex discrimination” does not protect people on the basis of sexual identity or orientation.

It was a double whammy. And a reminder of why the HLEC is so important.

You see, when our leaders began this organization in 2017, part of our mission and vision was to ensure none of our LGBTQ brothers and sisters and allies felt less than. What we wanted them to feel is what we still feel today: a deep love, appreciation and gratitude for the families and friends we have, the work we do, and the place we live where there are more straight people who want us to enjoy the same blessings they have.

As we’ve progressed, my enjoyment comes from many areas:

* knowing why someone is an ally, usually because they have a family member who is gay or the gay BFF who couldn’t be themselves.

* the excitement students of our seminars express because they are learning more about the LGBTQ community, and they are getting the knowledge to know how to best help their clients.

The list could go on and on. But the reason for my enjoyment remains the same: it reinvigorates me to dig deeper to keep going.

Let me tell you that when our leaders read our member’s post, it told us we must do more. That’s why the HLEC’s virtual Pride Week is coming at the right time. It begins Monday, June 22, with a Q&A. Ask any question you want to any letter, including our straight parents of LGBTQ children, and you’ll get an answer from someone of experience, knowledge and wisdom. Simply write it on our social media or email us at info@HLEqualityCenter.org.

As for our member, the good news is that many people left encouraging messages on his social media, and he saw the large number of people who are for the LGBTQ community during the two gatherings. We could see that while there are still some who may always be against gay rights, there are fewer of them each day. In short, his true friends acted like, well, true friends.

We all look forward to the day when social injustice is something we read about in history books, a period where our descendants are happy to not live in a time of so much unrest. Until then we have our families and friends to ensure we keep pushing forward without shame or regret. And know the HLEC is with you every step of the way.